Meet your next Premier

MEET YOUR NEXT PREMIER

The Halifax Chamber of Commerce, in partnership with the Black Business Initiative, is excited to announce we are hosting the first Nova Scotia Liberal Party candidates’ debate. This is the first opportunity to hear from our future Premier candidates on important topics affecting the business community such as healthcare, taxes, education and their plans for economic recovery from COVID-19.

The three candidates will give an opening statement and we will move into a Q&A format moderated by Patrick Sullivan, President & CEO of the Halifax Chamber of Commerce.

Join us for this virtual event by registering today and submit any questions you would like to see asked during the debate.

Those who know Randy Delorey describe him as kind and compassionate, intelligent and analytical. Randy proudly represents his community of Antigonish and has faithfully served the Province of Nova Scotia in several ministerial portfolios throughout the last seven years. Randy is a dedicated husband and father, a member of Nova Scotia’s legislative assembly, an academic, a community advocate, and above all, a proven leader.

Randy was first elected in 2013 as the MLA for Antigonish. Since then, he has also served as the Minister of Gaelic Affairs, Minister of the Environment, Minister of Finance & Treasury Board, and most recently, as Minister of Health and Wellness. As health minister, Randy led public health officials and other healthcare partners in the planning and execution of Nova Scotia’s COVID-19 response – an extremely effective strategy that has made Nova Scotia one of the safest places in the world in the midst of this global pandemic.

Prior to embarking on his political journey, Randy was a professor of business management at St. Francis Xavier University. He spent time earlier in his career working in the technology sector and as an advocate for community-based education in rural Nova Scotia. Randy holds a Bachelor of Information Systems degree from St. Francis Xavier University and a Masters of Business Administration from the Université de Moncton.

Randy is a believer in the power of education to lift people up and create a brighter future; in the importance of health care that meets the needs of all Nova Scotians; in the work of reconciliation and dismantling of systemic racism; and in building an economy that is stronger than ever before.

That’s why Randy Delorey is seeking the leadership of the Nova Scotia Liberal Party: to bring to life his vision of a fairer, healthier, more respectful, and more prosperous province for everyone.

Labi Kousoulis was first elected to the Nova Scotia House of Assembly as MLA for Halifax Citadel-Sable Island in 2013 and was re-elected in 2017.

He has served as Minister of the Public Service Commission, Minister of Internal Services and Minister of Labour and Advanced Education.

He is a Certified Management Accountant and a small business owner. 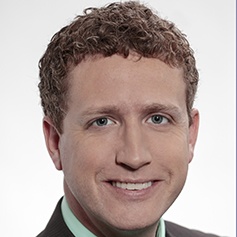 Iain Rankin was first elected to the Nova Scotia House of Assembly as MLA for Timberlea-Prospect in 2013 and was re-elected in 2017.

He was a business manager and project manager for a variety of industries.